Being hit with neutrons, uranium undergoes nuclear fission reaction and releases 2–3 new neutrons.In nuclear power plants, a chain reaction of this nuclear fission is triggered when the new neutrons hit other uranium atoms inside the reactor, and a constant rate (critical mass) of nuclear fission is maintained to utilize the energy produced from the reaction.If this nuclear fission chain reaction goes out of control, it leads to a criticality accident.
To prevent criticality accidents, we establish and operate a variety of rules for controls and restrictions in handling nuclear fuel material (uranium). In addition, we provide the training program for our operators on a regular basis to keep them constantly mindful and updated on criticality safety control measures.

1.Mass control
Restrictions are put in place so that criticality can be precluded even if the nominal maximum handling volume is more than doubled (e.g., this is applied to the power mixing process).

2.Geometric control (diameter control and thickness control)
Restrictions are put in place so that nuclear fuel materials (uranium) will be prevented from accumulating and being configured in a critical mass or critical shape (e.g., this is applied to the molding process and the sintering process)

We are all exposed to many types of radiation in our daily lives, both manmade radiation like X-rays for medical use as well as natural background radiation from outerspace, the earth, food, and otheres.However, it is known that exposure to extreme large amounts of radiation in a short time frame has adverse effects on the body, such as an increased risk of developing cancer.

As we handle uranium, which is radioactive material emiting radiation, although its amount is very small, we have radiation exposure control measures in place such as requiring our operators to wear the designated protective equipment, monitoring their radiation (exposure) dose, and providing training and education program for operators about radiation safety. 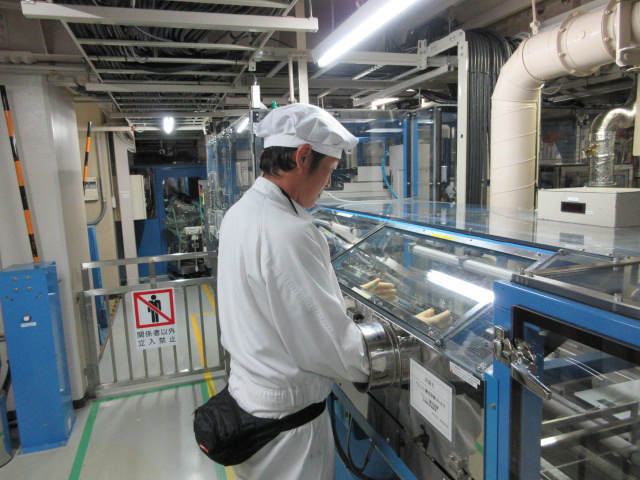 When an operator exits the radiation-controlled area, the radiation dose is always measured with instruments to confirm the safety of the worker. 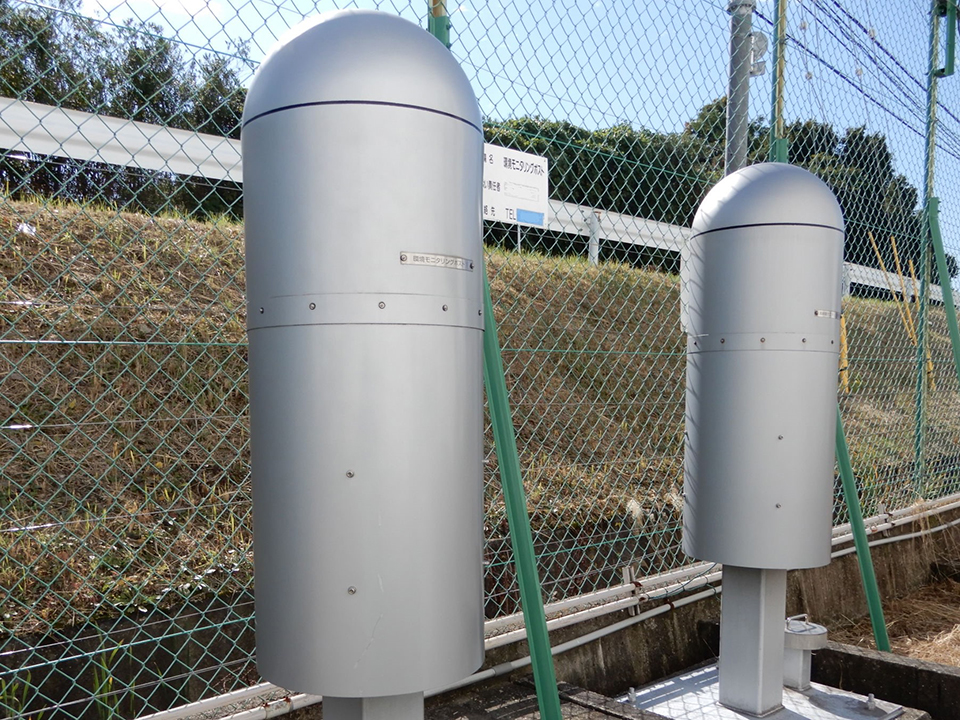 Example of the monitoring device

To keep the safety of the surrounding areas, monitoring posts are installed inside the facility to measure the radiation dose at the boundary of the controlled area around the facility.In the event that the measured dose equivalent rate exceeds the acceptable level, an alert is issued.
Note) Naturally-occurring radioactive materials (such as radon) may aggregate on the ground surface, making the measurement by the monitoring post temporarily higher during rainfall.

The radioactivity concentration and amount of liquid effluent released from the facility is constantly monitored and effluents are allowed to be discharged only after it is confirmed that the concentrations are normal.

We store radioactive solid waste in an appropriate manner so that their impact on the environment can be fully mitigated. To store them more efficiently, they go through incineration and other processes before being packed into drums.

To prepare for nuclear disasters in the event of a fire or earthquakes, various sorts of trainings and drills are conducted regularly according the annual schedule while continously working hard to improve our disaster mitigation measures. 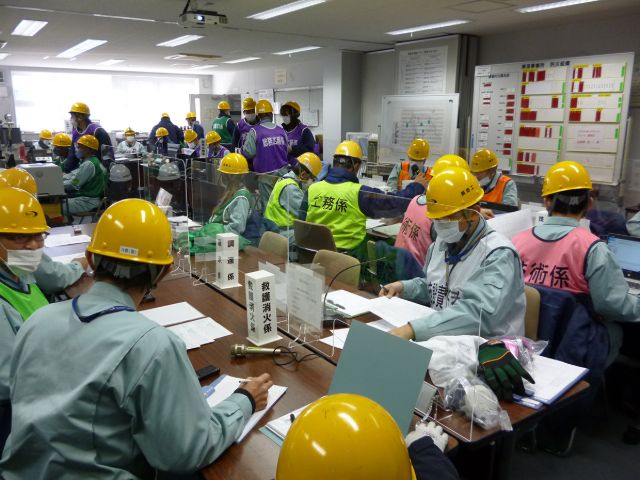 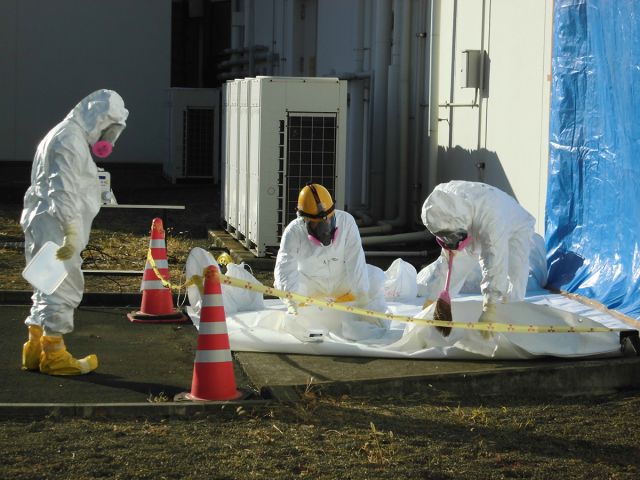 Our risk assessment program includes risk evaluation of the working environment and continuous improvement Learn-from-Close-Calls activities record and analyze close calls and near misses to preclude their recurrence.

9. Efforts Promoting Nuclear Safety in Cooperation with Other Nuclear Organizations

１．Japan Nuclear Safety Institute
To further promote nuclear safety, the NS Network was established in December 1999 by nuclear operators with the objective of sharing and improving safety culture. (In April 2005, the NS Network transferred its operations to the Japan Nuclear Technology Institute and was reorganized into the Japan Nuclear Safety Institute in November 2012.) The institute promotes safety culture (through seminars and other activities) and facilitates peer reviews in which members mutually evaluate the initiatives of their fellow companies with regard to nuclear safety. Our facilities, the Tokai Works and Kumatori Works also underwent peer reviews by the Institute in July 2019 and July 2012 respectively, and both sites were deemed safe for operation.

2.International Network for Safety Assurance of Fuel Cycle Industries (INSAF)
INSAF was established in April 2000 to promote a safety culture, to foster successful safety programs, and to share and exchange safety information among the world's nuclear fuel cycle industries. It recognizes that safety should be given top priority as a common theme among these industries all over the world, including fuel fabrication companies and related research institutes.